Muju trip. And some parenting lesson 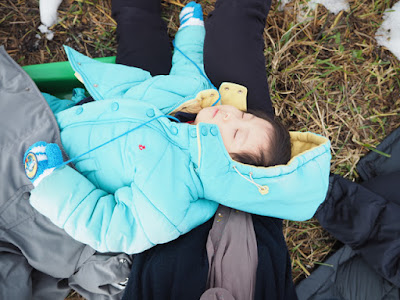 When we were all starting to play the snow sled, after renting some gears, Ikhlas getting cranky and decided to sleep. Like really sound and comfy. On my lap.

Few hours before, I was amazed and argued (a little) about how ambitious Zul wanted the day to be. With his target mantra, 'main sampai lebam'. I was like, really? Understandably, the drive was long, and we already spent on the accommodation. But with two kids on tow, and the winter jackets were so annoyingly big I couldn't even walk comfortably, I'm really OK if the kids are OK. I told him to not put expectation high.

And then this happened. Haha. I mean, who wouldn't want to nap in the cold? By the ski slope, under the beautiful sun, in a proper snow attire, on my lap. There he was, tidur selama sejam.

So I told Zul to let Kasih play as long as she wanted. Takpelah tak dapat main ski pun.

1) One happy kid is worth than none.
2) Happiness lies when your kids are happy and comfortable. Nothing to do with what you want. I told Zul, let's do what we want in the next life, maybe when the kids are in the school's hostel or something.
3) We get some, we lose some. We can't have it all. (Well we can, dalam syurga). 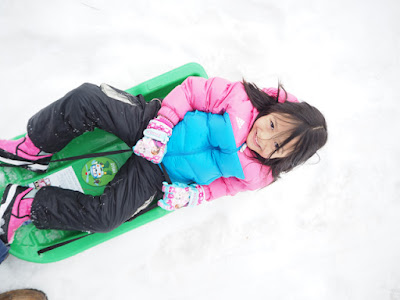 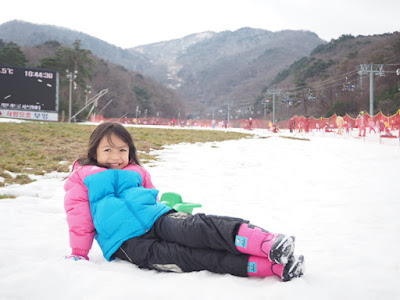 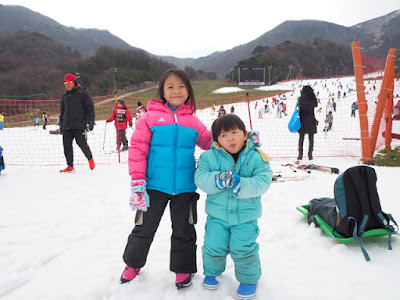 That cheeky lad before he gets cranky. 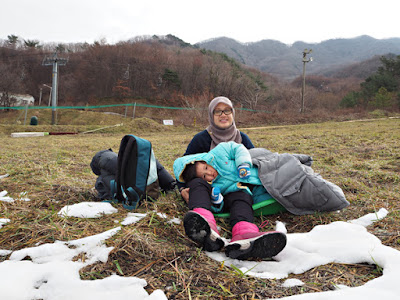 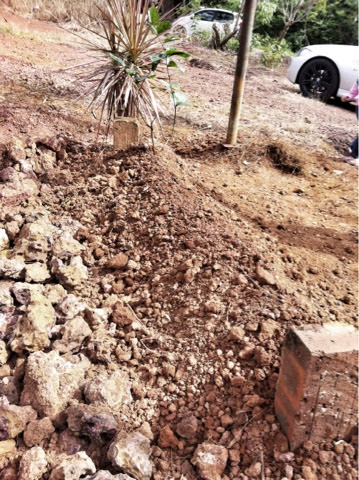